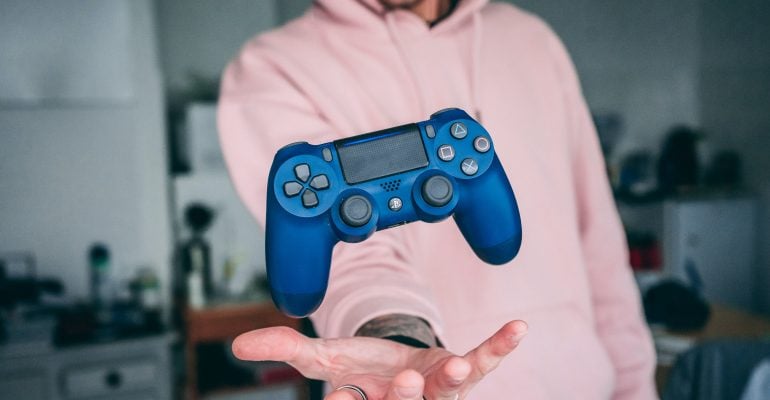 Video game voice overs have only become popular in the recent history of voice acting, but they already make up a substantial portion of the market.

Some estimates expect the industry to grow by more than 12 percent per year from 2020 to 2027, so the demand for video game voice actors will likely continue over the next several years and beyond.

In this article, we’ll cover the history of video game voice acting and its growth in the 2000s and 2010s.

We’ll also examine what the field looks like now along with how it could change in the future.

Finally, we’ll cover everything you need to know about hiring professional voice actors for your own game. 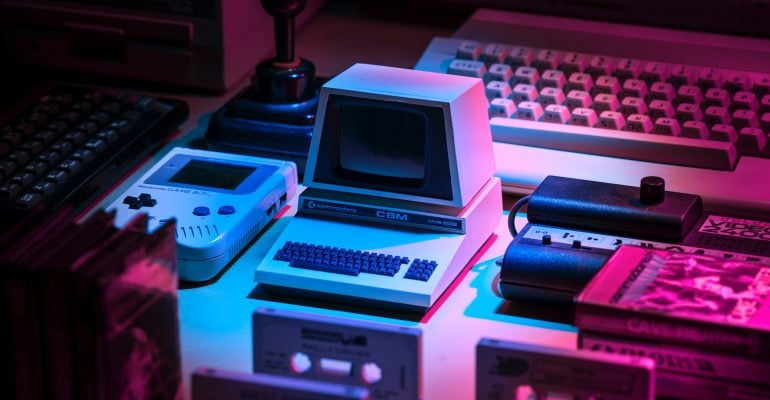 Video games have been around for longer than many people assume. Pong, published in 1972, is popularly considered the first video game.

Pong is often considered the first video game, but most early games had no use for voice acting.

The demand for skilled actors started to grow as video games came closer to providing realistic experiences, and particularly after the expansion of three-dimensional gaming associated with the mid-1990s.

The gaming industry has experienced relatively sustained growth since then, and voice acting has become even more accessible to small development teams.

Certain games only include a relatively small number of lines while others devote significant resources to voice acting for narration, dialogue, and more.

A few, including 2019’s Death Stranding, even utilize motion capture to create likenesses of real actors.

In the same way that more games are using more voice actors than ever, individual games can now include thousands of voiced lines.

Star Wars: Knights of the Old Republic, released in 2003 and supplemented with six expansions, is estimated to contain roughly 370,000 lines of voice acting.

What Do Video Game Voice Actors Do? 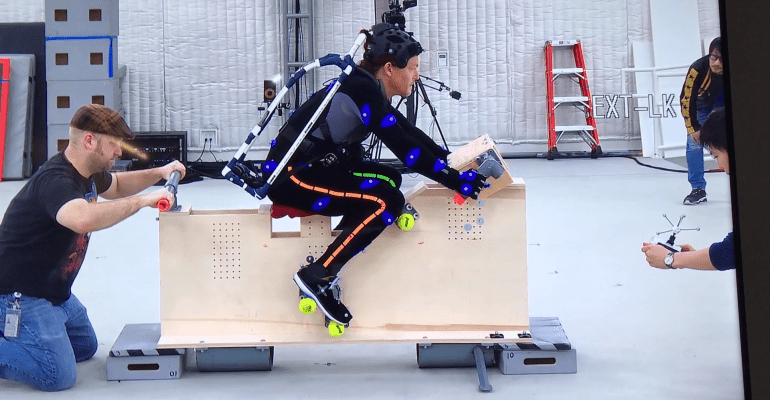 Some development teams prioritize voice overs for certain important characters or sections of dialogue while communicating other information through text.

Others feature full voice acting for all characters.

An immersive video game experience depends on the suspension of disbelief, and voice actors play a crucial role in creating an engaging atmosphere.

In other words, voice actors need to give the player the impression of existing in a unique world rather than simply playing a game.

Some games focus on talent while cutting voice acting budgets by having actors cover multiple roles.

The player character is silent, significantly reducing the number of voiced lines.

Voice actors need various skills depending on the role they’re playing. Many Skyrim characters essentially act as generic vendors or townspeople, mostly there for world-building rather than contributing a developed personality.

In these contexts, it may be enough for a voice actor to record a few simple lines to make them believable.

When one actor is responsible for more than one character, production teams usually try to make sure each character is kept away from the others.

For example, if an actor portrays a blacksmith in one town, they should avoid recording lines for any other character that lives in the same town.

Separating characters in-game is generally the easiest way to stop the similarity from making the game less immersive.

On the other hand, major characters in big-budget video games often go through the same kinds of character arcs consumers are used to experiencing in movies and TV shows.

Games can be tens of hours long, so the voice actors need to bring a distinct, memorable tone that fits the style of the game and matches the character they’re playing.

Some games, such as Divinity: Original Sin II and Disco Elysium, rely on narrators to add life to the story and keep the player engaged.

In some cases, playing the role of a narrator is closer to recording an audiobook than it is to portraying a character.

One key difference between conventional acting and voice over is that voice actors may not have many interactions with the script before recording.

Cold reading, or performing a script while reading it for the first time, is a critical skill that many voice actors develop early in their careers.

Even in a normal voice over setting, actors who are more familiar with live-action roles need to adjust to the experience of reading dramatic lines in a studio.

This could include recording the same line or set of lines over and over in order to get a good take, and many recording sessions take place individually.

Like any other form of acting, video game voice acting requires a unique set of skills that don’t always transfer from other areas.

Voice actors can have trouble transitioning to live-action, and the same is often true in the opposite direction.

Professional voice actors have the tools to deliver engaging voice overs for all kinds of video games. 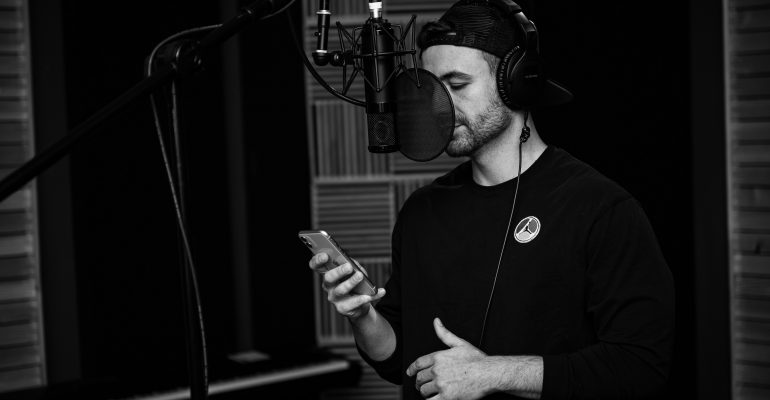 If you’re looking for voice actors for your own game, the important thing is to find someone who matches your vision.

This is particularly relevant for protagonists and other critical characters who will play major roles in setting up your game’s world and communicating story elements.

With that in mind, many voice actors focus on video games if they feel it fits their skill set.

As mentioned earlier, we recommend working with professional video game voice actors in order to achieve the best results.

As you can see in the video below, actors in The Last of Us performed scenes through motion capture along with recording their voices.

Of course, motion capture actors will need to do several more things than conventional voice actors:

On the other hand, voice actors play a very different role in Disco Elysium.

In fact, the Disco Elysium script contains more than a million words.

As a straight-laced counterpart to the player’s character, Kim Kitsuragi keeps players on track in the game, interacts with other in-game characters, and advances the narrative.

In other words, there’s no “best” voice actor—the right actor for a given project depends on the required skills.

Kim Kitsuragi would have been out of place in The Last of Us, and the characters from that game wouldn’t have fit in Disco Elysium.

Effective casting involves finding an actor who fits the role you have in mind. These are just a few questions developers could consider when looking for voice actors:

Of course, auditions are the most efficient way to get a feel for how different actors will perform.

If you have the time, it’s almost always worth comparing a few different options before committing to a particular actor. 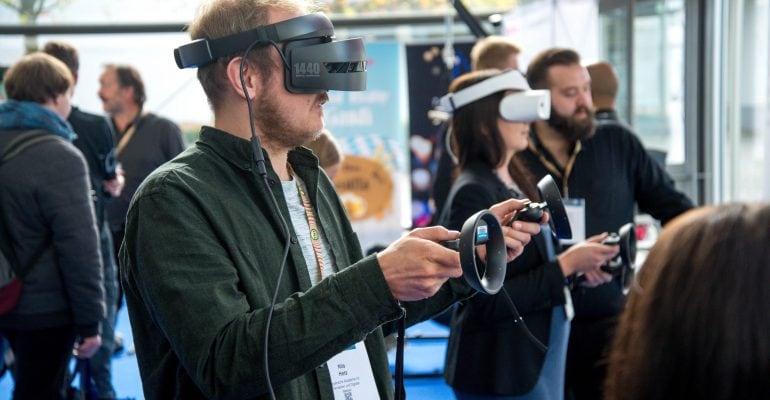 This is particularly true as video games grow more popular in new countries.

Video games have often been developed in English and exported in that language worldwide, but there’s also a growing demand for voice actors in other languages.

Localization is a rapidly expanding field for developers and publishers that want to find an audience in new markets.

Of course, localization is also involved in bringing games from other languages to an English audience.

Another important development is the growth of demand for female and minority voice actors.

While men still make up a majority of gamers in the United States, more games in recent years have started focusing on female protagonists and major characters.

Ashly Burch, one of the most well-known female voice actors in video games, has appeared in popular anime like Steins;Gate and Attack on Titan as well as a number of games including Horizon Zero Dawn, Life Is Strange, and The Outer Worlds.

Furthermore, both consumers and developers are responding to new technologies and new ways of playing.

This expands the gaming audience and leads to new types of games, including those that are free to play and earn money through micro-transactions.

In the same way, cloud gaming technologies are streaming games to devices rather than processing them locally.

Microsoft’s upcoming xCloud service will allow users to stream games to their phone, substantially increasing the pool of games that are available to consumers who don’t own a console or gaming PC.

It’s impossible to say how this development will impact game sales and trends in the 2020s and beyond.

Along with accessibility, technological improvements are also making games more engaging than ever.

Virtual reality gives gamers the impression of existing in a 3D world, offering 360 degrees of interactivity and the potential for far more immersion than is possible in conventional gaming.

Of course, VR itself is still a relatively new field, so it will take time for the technology to be perfected.

Similarly, gamers are only beginning to adopt VR in large numbers.

As with any other gaming device, there will be a positive feedback loop where more audience interest leads to more investment from developers and publishers, which in term attracts consumers who may not be as familiar with virtual reality.

Here at Voice Crafters, we work with an incredibly talented team of voice actors with a diverse set of skills and specializations along with cutting-edge equipment.

Our talent is pre-screened, so we can guarantee professional performance every time. We’re looking forward to working with you on your next video game!

How to Overcome Challenges in Elearning Narration