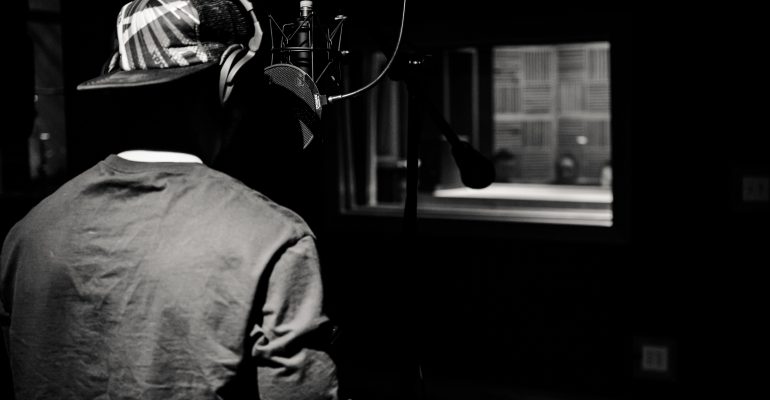 Voice overs can more accurately be described as voice recordings with certain characteristics.

In this article, I’ll cover the differences between voice overs and other types of voice recordings along with a short history of the field.

Creating a voice over might sound as simple as recording yourself on your phone or computer, but voice actors are actually trained professionals, and they often use high-end equipment for the best possible sound quality.

What Counts as a Voice Over? 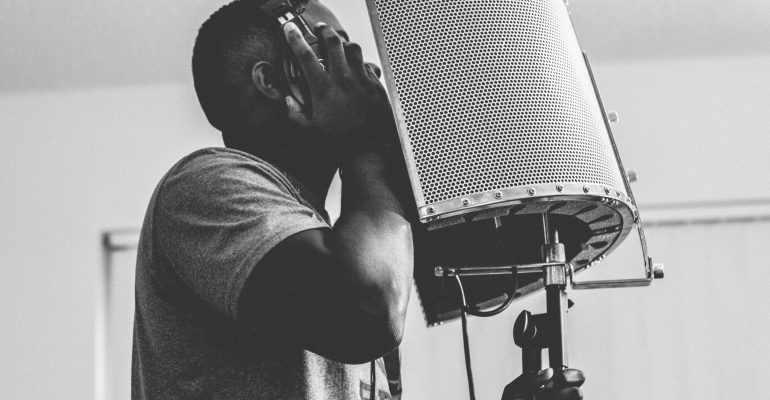 As mentioned above, all voice overs are voice recordings, but simply recording your voice doesn’t make you a voice actor.

While voice overs come in many shapes and forms, there are a few key characteristics that separate them from other types of recordings.

The most obvious difference is that voice overs are recorded by professionals who are paid for their work.

Whether you’re listening to a dramatic voice over in a movie or TV show or an informative one at an airport or train station, the person speaking was likely compensated for their work.

Morgan Freeman and James Earl Jones, for example, bring a distinctive tone to each of their projects.

Another crucial distinction is that voice actors aren’t visible in the way they would be when giving a speech or lecture.

A public announcement is no longer a voice over if it is displayed on a screen, and voice overs in films and TV shows need to be delivered by someone off-camera.

When Did Voice Acting Start? 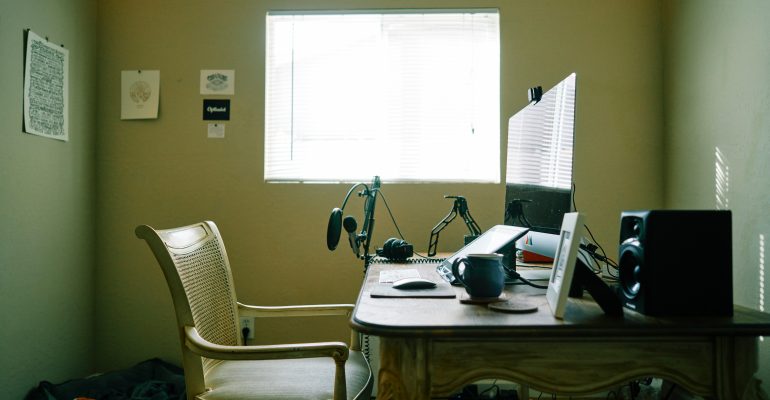 Voice overs only became a practical possibility after we developed equipment for recording and playing back voice recordings.

“Steamboat Willie,” an early Disney cartoon created in 1928, is one of the earliest examples of a voice over in popular media.

That said, voice actors had been hired for informational purposes well before they began to appear in cartoons and films.

Reginald Fessenden, the first voice actor and possibly the first radio broadcaster, gave a weather notice from the coast of Maryland in 1900, 28 years before the release of “Steamboat Willie.”

That said, home radios weren’t commonplace until much later, and the recording was only sent to a single recipient, so it’s easy to see why “Steamboat Willie” is the first voice over in popular memory.

“Steamboat Willie” was arguably the first well-known voice over in American media.

Since 1900, voice overs have only grown more common due to a number of factors.

Modern equipment makes it easy for actors to record and transmit their voice to anyone in the world on a relatively small budget.

What Do Voice Actors Do? 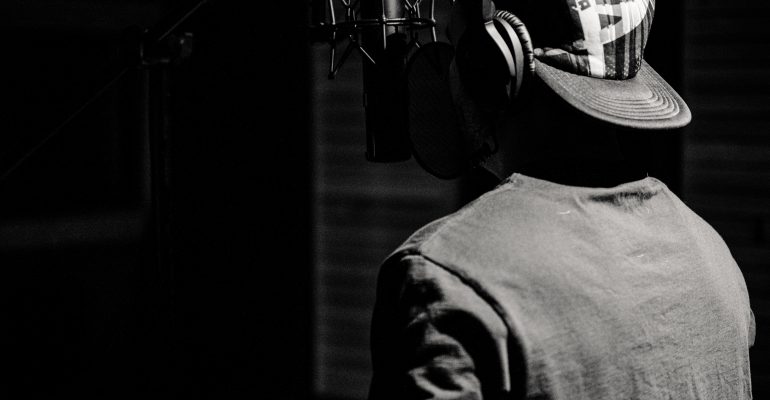 In 2020, voice actors work on a wide range of projects and at different scales.

Some voice actors are known specifically for their voice work, while others develop a reputation as conventional actors before branching out into voice overs.

Actors who are still looking to break through may have a day job while recording professionally on the side.

Voice actors are split among a variety of fields, and the market is continuing to adjust to the growth of new types of media.

A 2019 report found that voice over work for e-learning grew by 10.4 percent, while work on internet videos increased by 13 percent.

More and more voice actors are moving away from conventional agencies to pursue voice over work as freelancers.

This matches a larger trend in the American economy, which created six million gig economy jobs in the ten years from 2010 to 2020. The coronavirus pandemic could further transform the market in unpredictable ways.

Due to the variegated nature of voice acting, different actors cultivate different types of skills.

For example, a radio commercial announcer will need to be able to speak at a fast pace in order to get through an entire voice over in a short ad slot.

In contrast, the same actor may also record a public service announcement while focusing on enunciating clearly and calmly.

And of course, dramatic and comedic actors work on many of the same voice skills that are relevant in live-action films and TV shows.

Dubbing is another common form of voice acting in which an actor records a script for an onscreen character that is then synched to the lip movements of that character (otherwise known as “lip-sync”).

This is common practice for content that was originally created in another language and/or animated movies.

Many voice professionals need to develop their range in order to be marketable for different opportunities.

They could record voice overs for any of these forms of media:

Among many other applications.

Some of the most well-known (and well-compensated) recent voice actors include Dan Castellaneta (Homer Simpson), Billy West (Fry), and Mark Hamill (the Joker).

Stars in popular animated shows like the Simpsons, Futurama, and Family Guy often earn tens or even hundreds of thousands of dollars per episode.

What Equipment Do Voice Actors Use? 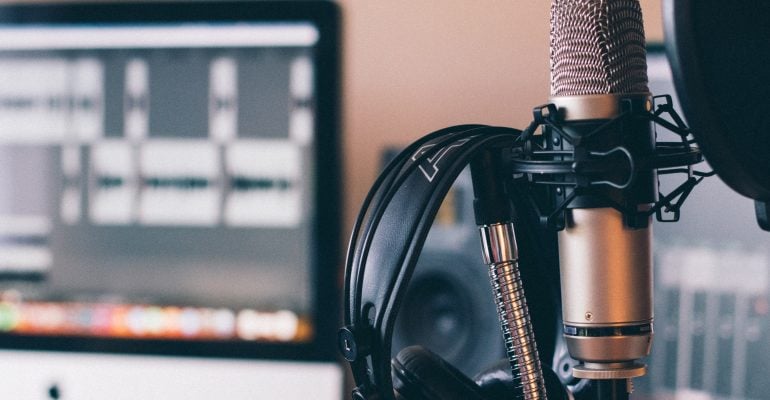 Voice acting equipment varies just as much as the work.

Freelance actors often invest in their own equipment and work from a home studio.

Basic recording equipment is relatively inexpensive today, very much within reach compared to just a decade ago.

Rookie voice actors can easily buy a new microphone, headphones and a sound card (or “interface”) for less than $1,000.

Professional-grade equipment however can go well into the tens, if not hundreds of thousands, depending how far you want to go…

Microphones are arguably one of the most important pieces of equipment for voice actors.

Microphones are available at various price points, and new voice actors may upgrade after some career development.

Many of the best options cost several hundred or even some thousands of dollars, while budget mics are available for less than $100.

High-quality headphones can run from under $100 to $400 or $500, particularly for studio-grade models.

The two most important things a voice actor needs to accomplish in order to produce broadcast-quality recordings are soundproofing and acoustic treatment.

Sound proofing is the concept of minimizing exterior noises from entering the recording space.

This is accomplished by applying specialized, heavy barriers on or inside the studio walls.

Studio windows are often double glazed and specially designed to prevent outside noise from coming in.

Acoustic treatment is also essential in order to achieve a sound that is “dry” or echo-free.

When a person speaks inside an empty room, the sound wave they produce bounces off the walls and creates reverberation.

To avoid this, the recording space is covered with specially designed acoustic panels.

These panels are designed to absorb sound waves, and different types are placed strategically depending on the frequencies they are meant to absorb.

Isolation shields are inexpensive solutions that help absorb sound waves, but are often not enough.

These are equipped with both sound-proofing and acoustic treatment and are extremely effective in getting a balanced, dry sound.

Here’s a short tour of a WhisperRoom booth from the NAMM 2020 convention:

While most professionals work from their home studios nowadays, sometimes they will venture out to record at commercial studios.

This is particularly true if they’re working for a big-budget movie or show, or if they need an engineer to help with complex post-production tasks.

Recording studios dedicated specifically to voice overs (as opposed to music, for example) are available in many American cities.

How Big Is the Voice Over Industry? 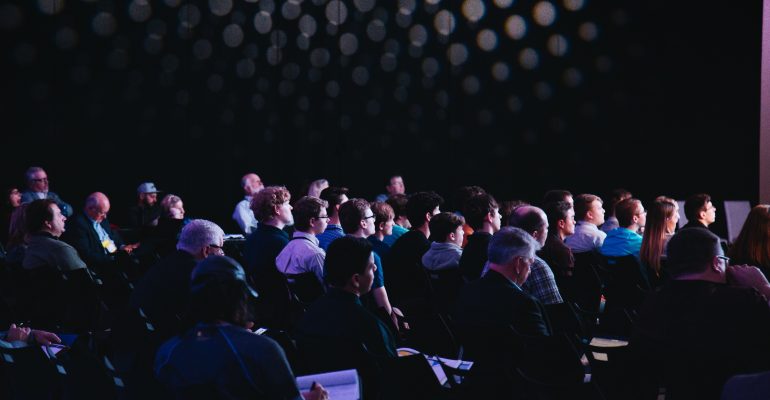 Given the diverse nature of the voice over market, it’s tough to come up with a conclusive estimate of the size of the industry.

One estimate is that the global market is worth roughly $4.4 billion, with North America leading the world in terms of both growth and current activity.

As described earlier, much of the industry’s expansion can be traced to growing fields like internet videos and e-learning.

Radio work, on the other hand, makes up less than one percent of the market.

Animation for videos that are 20 minutes or shorter make up just over 50 percent of all voice acting activity.

Voice acting has grown dramatically over time, and there’s no reason to think this trend will slow down anytime soon.

The field has been forced to adapt to customer preferences, technological developments, and other factors since its inception, so it’s impossible to predict what it will look like in five or ten years.

Here at Voice Crafters, we work with amazing voice actors who have a diverse range of talents.

We pre-screen all of our talent, so you can rely on us for a professional result – every time.

How to Choose a Voice Talent to ROCK your Brand!

How to Format a Script for a Voice Over