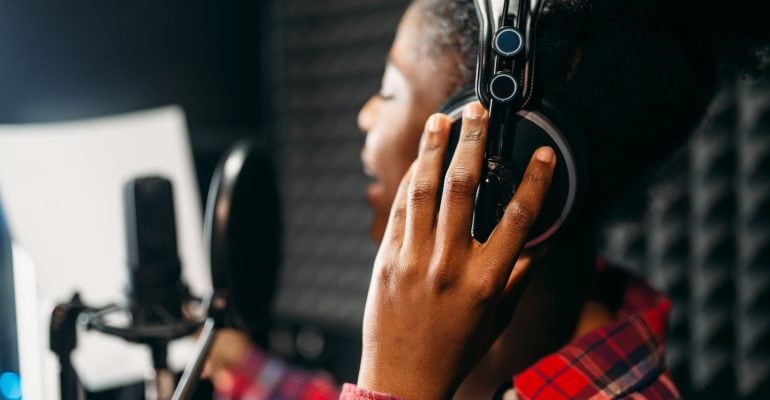 Table of Contents
1 What Is Dubbing?
2 How Does Dubbing Work?
3 Preparing a Script
4 Finding Actors
5 Recording the Dub
6 Layering the Audio

Dubbing is defined as adding or replacing dialogue in a movie or video production.

The dialogue is lip synced to on-screen characters and mixed with the original production’s music and SFX to create the finished soundtrack.

In this article, we’ll take a look at the history of dubbing and the role it plays in various types of audiovisual content.

If you’re looking for voice over work for an upcoming dubbing project, don’t hesitate to check out our exceptional team of thoroughly vetted voice actors. 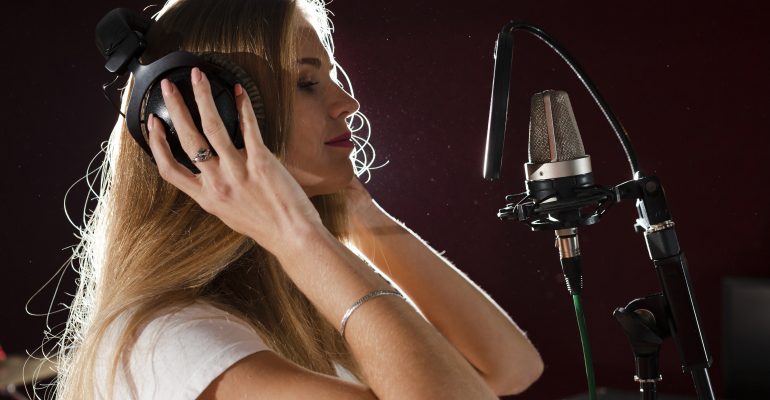 As mentioned above, dubbing (sometimes referred to as “revoicing”) is the practice of adding or replacing dialogue in audiovisual content.

Recording voice overs in foreign languages is one of the most well-known examples of dubbing.

The translated dialogue is recorded and carefully matched to the lip movement of the onscreen characters.

Film and TV creators often choose dubbing over subtitles when they want foreign audiences to have the experience of hearing characters speak in their own language.

Immediately understanding what the characters are saying in one’s language can be more impactful than hearing a foreign language and reading the translation.

On the other hand, some creators and audiences prefer the experience of hearing the voice actors who were cast for the roles in the original language.

Dubbing can be extremely complex in a dramatic setting.

Actors and voice actors are chosen in the original language of the production, and the dubbing team needs to translate their performances in other languages.

This includes creating a faithful representation of the original script and finding actors who match the originals in terms of style and tone.

Along with these factors, dubbing requires a consistent focus on perfection in order to produce the best possible impression on audiences in every target language.

One of the most common shortcomings of dubbed performances is a mismatch between the original act of speaking as displayed on screen and the recorded words being played over them.

This effect distorts the viewing experience and pulls the audience out of what they’re watching.

With that being said, these challenges don’t make effective dubbing an unachievable goal.

Given a unified creative vision and a commitment to consistency across languages, there’s almost no limit to the possibilities of dubbing.

Frozen’s “Let It Go” is a perfect example of nearly seamless dubbing in a large number of languages.

While other creators may not have the resources that Disney has, that doesn’t mean they can’t create high-quality dubs.

How Does Dubbing Work? 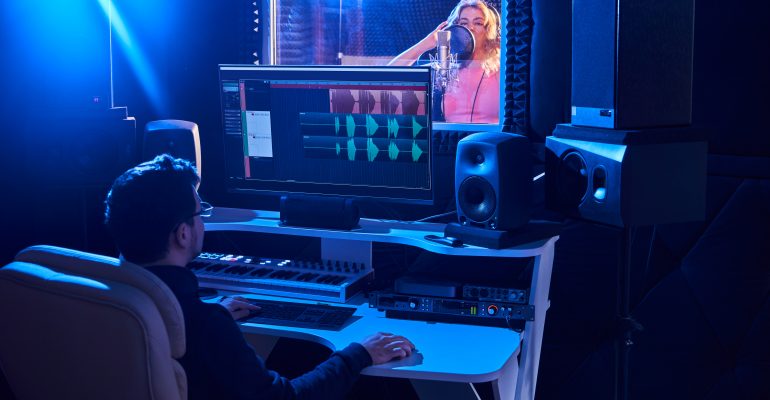 Dubbing simply attempts to reproduce an original work for a new audience, but the mechanics aren’t always that simple. In fact, a successful dub requires collaboration among a wide range of specialists who contribute to the final product. That attention to detail is crucial for creating the best possible dub.

Writing a script in a new language is a significant challenge on its own.

Translators need to balance the literal meaning of the original script with the need to cater to a totally different audience.

That said, this process becomes even more complicated when the script needs to match an existing video or animation.

Rather than simply translating dialogue as closely as possible, the script developers need to build it in such a way that the new recording will match the pacing and timing of the original product.

If an animated character appears to take three seconds to utter a line, for example, the translated dialogue needs to allow the dubbing voice actor to get through the same line in the same amount of time. 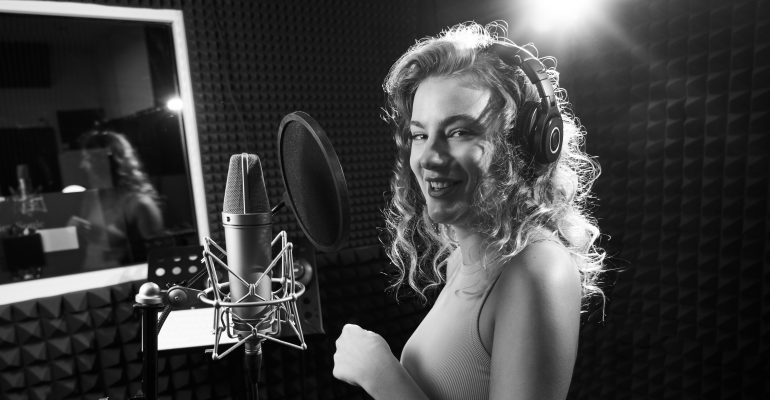 After getting a script ready for the new voice overs, you’ll need to look for voice actors to take up the roles in the target language.

This step can be particularly tricky for smaller studios and creative projects that don’t have the same network of international voice acting talent (or even employees who speak the target language).

Like any other voice over work, dubbing is at its best when the voice actors are tailored to the specific needs of the job.

While it’s impossible to find a perfect match for an original actor, you can still take steps to find the best possible voice actor in the target language.

Make sure to write a clear job description that tells applicants exactly what you’re looking for—you can even include a recording of the original voice actor. 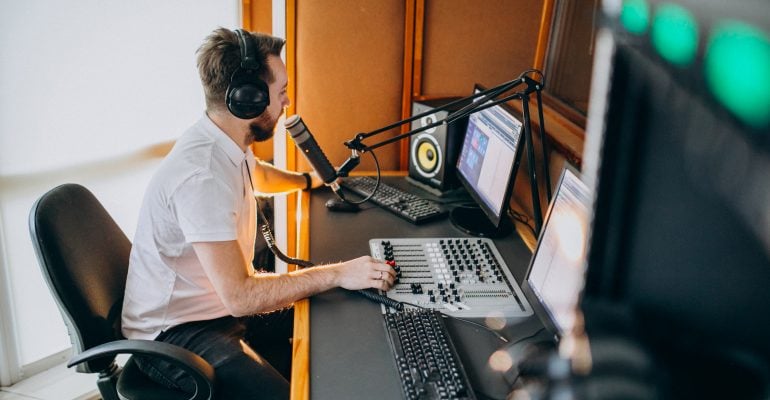 Once you have a final script and a team of voice actors, you’re ready to record the new voice tracks.

Again, the recording process involves collaboration from a number of different professionals, so it’s important to be fully prepared before starting to record your dub.

They generally also have dedicated spaces for professional-quality recordings, removing the need to reserve studio space (although a studio environment may be preferable for some projects.

Even though dubbing voice actors don’t need to exactly mimic the original performance, it may still be helpful for them to have the opportunity to listen to the actors they’re dubbing over.

While you might only provide a short sample recording during the casting process, you should also consider giving your chosen actors a full copy of the original production.

This keeps the recording connected to the narrative and gives each line its proper place in the story.

Of course, the project director will need to direct the actors and ensure that they’re achieving the correct tone.

Cowboy Bebop, one of the earliest animes to gain a following in the United States, is often considered one of the best examples of dubbing in anime.

Rather than simply trying to imitate the original voices, the English voice actors find unique and creative ways to explore the characters on their own terms while staying true to the creator’s vision. 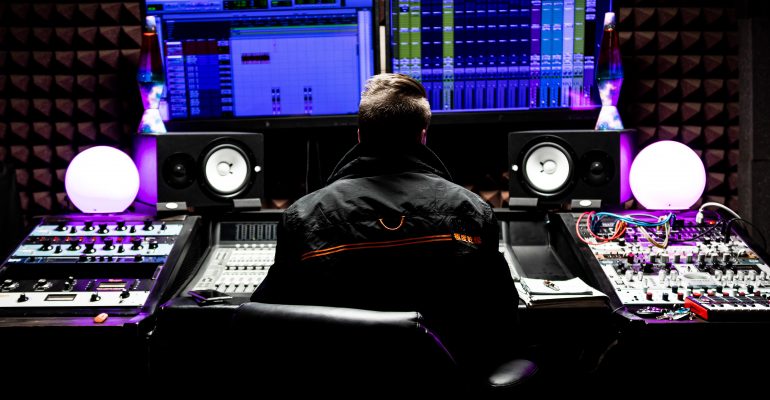 After recording the new voice lines, all that’s left is to integrate them into the video or animation.

The audio recording needs to match up with the on-screen mouth movements, so this is an extremely precise process that should be left to an experienced professional. Poorly optimized dubs will stick out and detract from the overall impression.

Finally, you’ll end up with a seamless recording that should appear just as natural as it did in the original language.

Successful dubbing takes time, resources, and contributions from various professionals, but the final result is well worth the effort.

Automated dialogue replacement, or ADR, is also used to re-record audio lines that didn’t go well during the initial take.

The example below demonstrates the potential improvement ADR can offer even outside of traditional dubbing contexts.

Crisp, accurate voice overs are often a critical element of the polished final product in dubbing as well as conventional films and TV shows.

While dubbing might sound as simple as translating a script and recording it again in a new language, effective dubbing depends on consistent attention to detail at every stage of the process.

With the right team and equipment, you can provide an equally engaging experience in every target language.

Our team of voice actors can help you realize your creative vision and craft a professional dub for your next project.