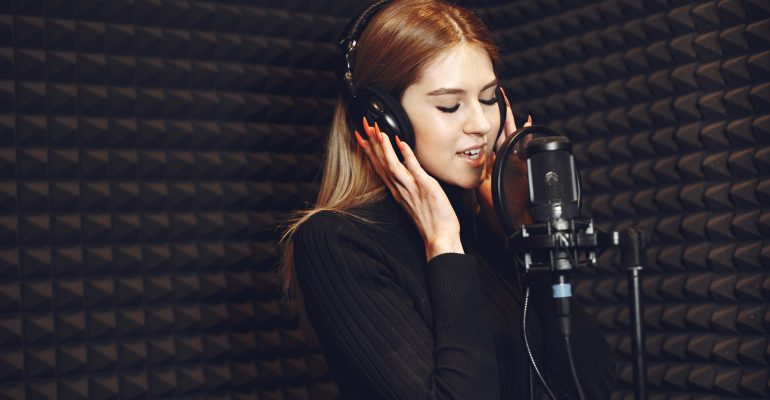 The Characteristics of Voice Over

While every voiceover is itself a recording of someone speaking, not every recording that includes speech is necessarily a voiceover.

Furthermore, the category of “voice over” can also be broken up into various subcategories.

So, what exactly are the characteristics of voice over?

In this article, we’ll explain what separates voice overs from other kinds of vocal recordings and outline some of the main types of voice overs that you might be familiar with.

What Is Voice Over? 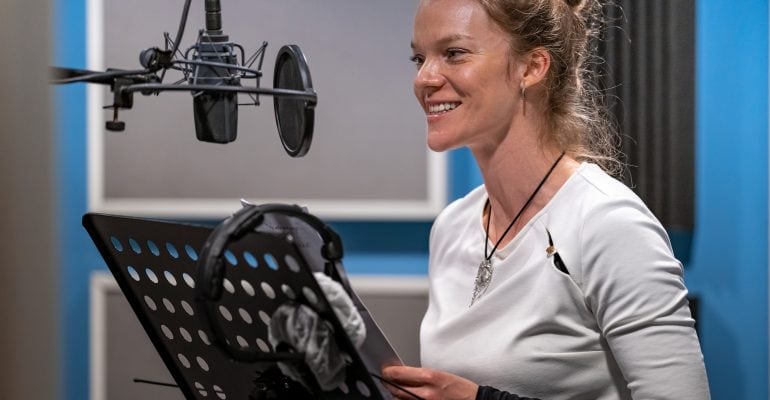 In general, a voice over can be separated from other types of vocal performance using a few main criteria.

While it’s impossible to describe every conceivable kind of voice over, there are a few common types that you may already know about.

Narration is one of the most common and widely recognized forms of voice over.

It is used to tell stories, deliver messages, communicate instructions, and more.

Narrators often record for movies, TV shows, and other forms of media, explaining events and a backstory to viewers through sound without actually appearing as a character.

On the other hand, some narrators also act as characters and switch between their two roles based on the needs of the story.

Narration can be a surprisingly tricky task for voice over artists, especially when they’re working with long-form content that can potentially take hours to read through.

In these situations, the most important thing is simply to avoid becoming monotonous and losing the audience’s attention.

Along with conventional narration in movies and TV shows, this category could also apply to audiobook narration.

Some audiobook recordings may rely on multiple actors rather than asking a single voiceover artist to provide the track for all the different voices in the story.

You have also seen narration in documentaries, where voice actors often speak over animated or live-action visual content.

David Attenborough is a world-famous narrator who provides the perfect accompaniment to a wide range of nature documentaries.

His engaged yet restrained tone keeps users interested without distracting them from what’s unfolding onscreen.

Different voice actors are better suited to different kinds of content—Attenborough’s signature style wouldn’t work as well as Redd Pepper’s when it comes to trailers for epic action movies.

A growing number of voice actors work on animated content, as well as dubbing content that was originally produced in another language.

Voice actors may work on video games, films, TV shows, animated commercials, or any other form of animated media.

When it comes to animated content, the only thing in a voice actor’s toolkit is their tone.

Live-action actors can give depth to their character through their voice as well as their physical mannerisms and actions.

Traditional actors often struggle with the intricacies of the human voice when they transition to portraying characters in animated content.

Some animated work relies on celebrity voices to make their characters more recognizable and generate more interest in the content.

Multiple animated characters can be represented by the same voice actor, and some animated shows and movies have taken full advantage of this.

However, keep in mind that Azaria’s portrayal of Apu was a source of controversy for the show, leading to a public apology issued in 2021.

Authentic representation is a crucial factor to consider when casting voice actors for animated content.

Commercials are all about producing a strong first impression and creating a sense of urgency for viewers or listeners.

Of course, the specific tone needed will vary depending on the type of content in question.

Ads for luxury items, for example, might pair well with a slow voice over that matches the cool, elevated style the brand is looking for.

On the other hand, a burger commercial needs to appeal to a person’s appetite and may need to produce a different emotion in the viewer or listener.

Explainer videos are another common type of promotional content which simultaneously describe how a product or service works while trying to sell viewers or listeners on the benefits.

Check out Slack’s explainer video below for a perfect example of bridging the gap between communicating information and pushing viewers toward a sale.

The e-learning industry grew beyond $250 million in 2020, and it should continue to experience reliable growth over the next few years and beyond.

E-learning voice actors need to be able to communicate information—including difficult class material—without losing the interest of their students.

Even if a voice actor isn’t an expert, they have to speak naturally and confidently in order to make the topic more approachable.

Similar concepts apply to corporate training videos and other types of educational content.

Notice how the Procter and Gamble training video below communicates important priorities without becoming boring or dry. 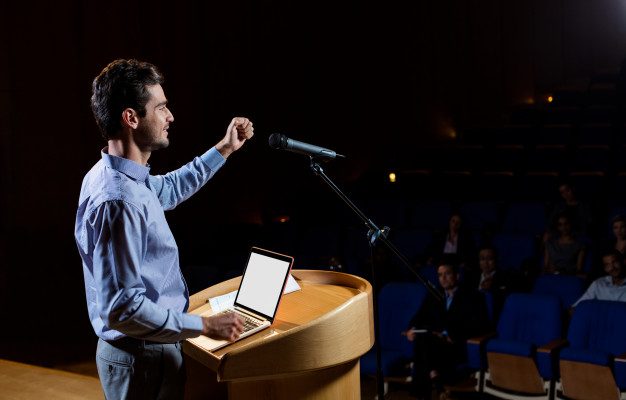 People respond differently depending on the vocal qualities of the voice actor they’re listening to.

It’s impossible to describe every single characteristic of the human voice, but you can focus on a few key qualities when seeking a professional voice actor for an upcoming project.

The tempo of a voice actor’s speech can completely change the tone of a given voice over.

If you have a lot of material to get through, you might need to hire a professional who can speak clearly at high speeds.

In contrast, educational and training environments are typically a better fit for people who speak more slowly and give students enough time to absorb the material.

The average person speaks at roughly 150 words per minute, but that can fluctuate dramatically depending on the situation.

The right voice actor will perfectly complement the style of your video through their speed along with their volume, tone, and other qualities.

While voices are typically processed to minimize drastic changes in volume, a performer’s speaking volume can still alter the way the voice over is perceived.

We naturally associate loud voices with urgency, while quiet voices and whispers convey a sense of mystery or intrigue.

Casual mid-volume voices are usually best for conversational content like narration and audiobooks, although performers may adjust their volume to fit the context.

Crescendi and decrescendi can punctuate key moments of your content and give viewers or listeners a sense of narrative progression.

We all change our vocal tones throughout the day to match the needs of each situation.

Similarly, voice actors use different tones to cultivate different emotional responses in their viewers and listeners.

That said, some aspects of our tone are out of our control—for example, we can’t choose our accent or other natural vocal qualities, even though we can try to account for them.

Before starting your search for a new voice actor, think about the tone you want your content to strike.

You should also consider the way your organization or brand communicates on other channels.

When auditioning voice actors, let them know your vision of the final product and what kind of style you’re looking for in the ideal candidate.

Voice over is a powerful tool for communicating with your audience and creating more engaging content.

Whether you need voice actors for narration, animation, commercials, e-learning, training, or another project, be sure to check out our platform for more information about working with our team of carefully vetted voiceover professionals.